So they say at work. 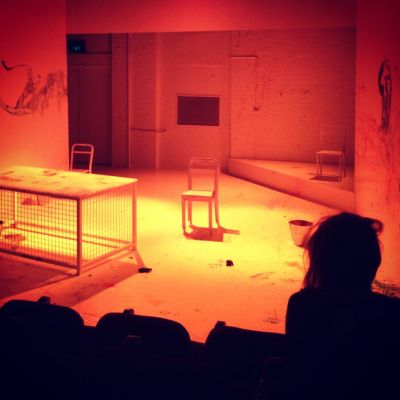 Secretly, I’d love to be the kind of person who could manage the big changes, who could be a part of the big conversations, who would contribute to some sort of seismic shift. I’ve spent time trying to be that person and it was kind of mind-sploding. And heart breaking. And it didn’t work. I felt petty and futile and overwhelmed by the “right thing to do”.

So of late, I have been focusing on the microscopic, or at least the pretty small. When you are small, you have to fix the things you can. I have a Capricorn’s approach to change. I remember my father coming into my room and moving just one object a few centimetres and me, in my obsessive compulsive haze, staring at just that centimetre of destabilisation.

This process-driven kind of nitpicking might explain my current cover version fascination. My interest in the way that something sounds fresh and different and the same and familiar and uncanny and new. It’s a small fascination among many ridiculous interests.

Anyway, I’m performing a set of new/old/reframed/different/not sure poems for Lost Movements this weekend (Sunday 7 October between 3-11pm, and we are on around 7pm methinks!) Don’t forget I sometimes/often put gig updates on this blog.

They are all titled “It’s 2am on a warm summer night” and I’ve been waking myself up at 2am, an hour that has never felt familiar for me, to write, re-write, dictate and placate the things that go on in my dreams.

Come to the gig on Sunday? You’ll hear them there.

Speaking of small changes. I’ve been doing this course (LIKE A SNAIL, not a boss) and although I am mired in the reality of week 1 and my full time job, I was curious to note the difference in my experience of Dickinson, who I think I last thought of the last time I actually did thinking. And interestingly, although the treatment of Emily’s work in the course was detailed and interesting, I was reminded of the way that my last class treated it: as if reading it was like putting on an unusually constructed dress from another era, you would simply put the dress on and look at yourself and see yourself there, somehow different, somehow time-travelling, somehow wholly within the experience without ever really needing to know what crinoline really meant. Like this:

The Brain, within its Groove