In case you’re not with me yet, I’m running a wee series of posts on the poets that we are featuring at the Brisbane Emerging Arts Festival which is coming up on 18 February.

All of the poets that are participating are, I believe, excellent. They are not the only excellent poets in Brisbane who are emerging from the primordial sludge or wherever one emerges from these days, but they are certainly among some of the most interesting and dynamic.

Fern Thompsett is one such emergent type. For those who do not know her, Fern Thompsett grew up with far too much free time, an overactive imagination and not enough sports skills to keep her out of the library.  A compulsive scribbler from an early age, it wasn’t until she found the Brisbane poetry scene much later on that she brought her words to the stage.  Since then, she has been a feature poet at events including Words or Whatever, SpeedPoets, Avid Reader’s Poetry Month, Confit Bistro’s Back Room and Spoken, as well as having created and hosted 4ZzZ’s spoken word show, Waxing Lyrical.  After a derailed attempt at making a living from music, she now daylights as an anthropologist and moonlights as a Notional Park Ranger, catching words and releasing them back into the wild.  Her dream job is to sniff test second hand books for authenticity of scent. 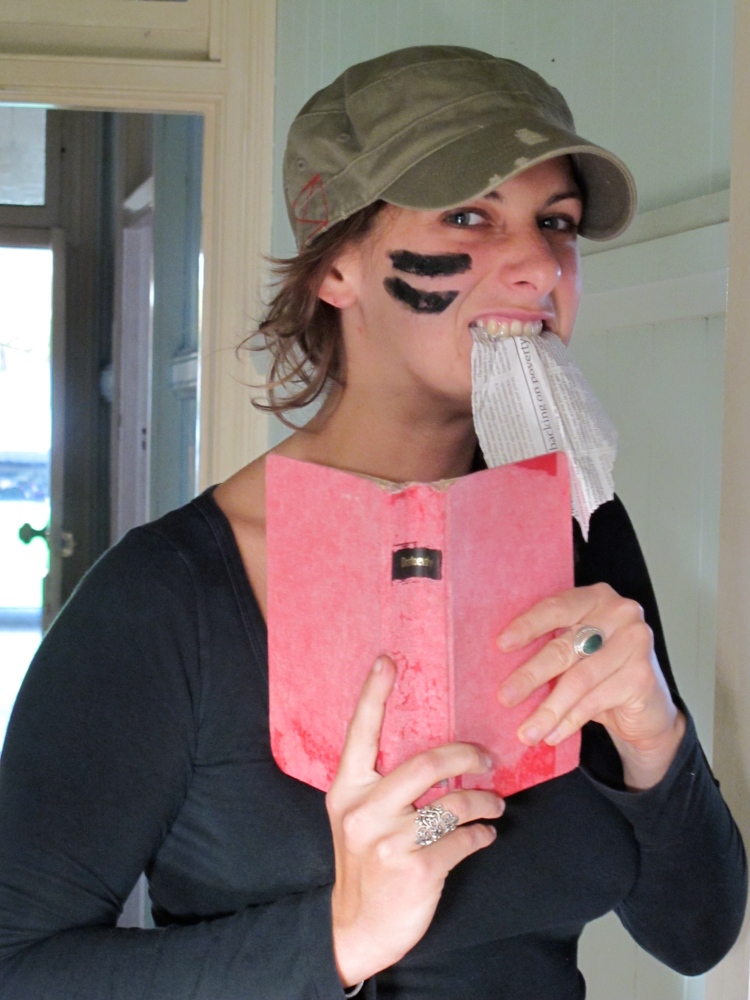 She will set you alight if you are not careful.