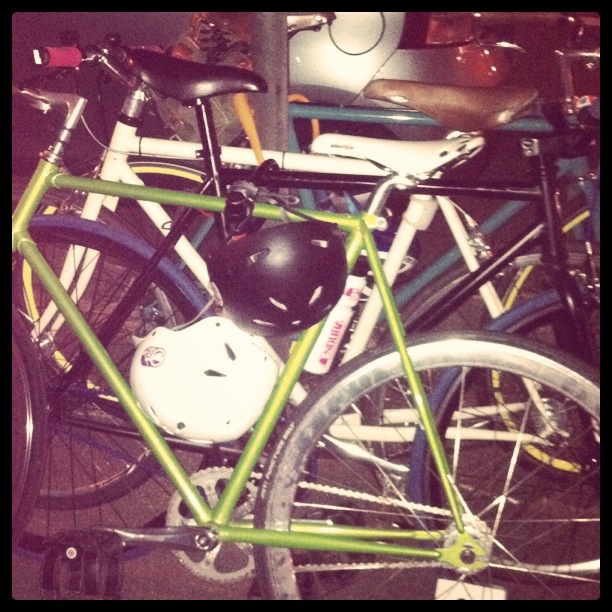 You roll up, you don’t know if anyone is going to show, I mean, you invited them, and they said yes, but when you’re waiting, you just don’t know.

You talk, and no one quite knows where they want to go, they just want to go, and no one really wants to chose where, because we all want it to be good so we just kind of wait and see what everyone else says. Like far? Like fast?

Who cares, you just go in the end.

The day was steaming hot and crazy.

But thankfully the evening breeze picked up and though you were pretty sweaty by the time you got to the bar, you didn’t feel like you were that sweaty at the time.

What you felt was how nice it was to chat with your friends, how annoying was that bus, isn’t the quiet of the streets amazing, where is everyone, isn’t Masterchef over yet?

Bring on the dark. Maybe on Friday you’ll want to be a Two Pot Screamer? (send me a message if you are). Then again, maybe on Wednesday next you’ll be in your 80s best and brightest, for a bit of Brizzy Bike Fest action?

Whatever you do. I think it’s nice to ride at night with some friends, new or old and gold. Just get good lights.