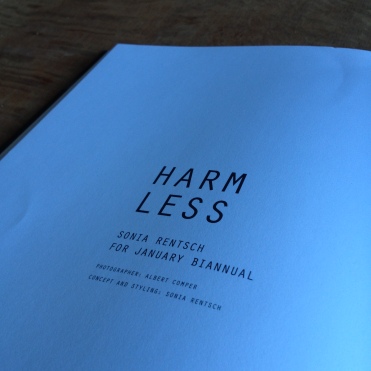 The kids were in the car – all hair pulling and Dad, he’s touching me,
when he saw it and swerved.
He dropped them off home, told Renee he’d be back in half an hour.
He was hungry to burn after the day he’d had
but it was bang in the middle of the road
so he was going to have to go back
and, for once, he remembered to take the spray can with him
not just the shells.

She was still there.
Spring air light and the bruise of dusk just coming in blue and purple
right there on Callahan Rd – a red, not as big as him,
but big enough and legs to look out for – he knew they liked to play possum
sometimes,
so he pulled up a little way away, left the parkers on and walked up real slow
but this one wasn’t playing.

He looked at the body and the beast:
short muzzle, long pointed ears, those delicate, clawed paws
the beaten angle of the hind legs, improbable and painful even just to
contemplate.
He wasn’t going to need the rifle – though he lined her up, eye to glassy eye
and felt the cartridges lightly heavy in his pocket.
Just checking, you know.

She was a little stiff and cooling already, so he took the tail, scraping the roo to the verge
a faint pink trail on the bitumen, then he x-marked her the spot to
save another the trouble.
Carefully
for he had big hands and knew what a bugger it could be
he knelt and reached into the pouch the full, full depth of it and he
felt for the joey
fearful of the skin warm
the handful of meat tacked on the teat still,
the furless, sightless  – nothing.

Instead –
just the empty engorged nipple minus the life sucking mouth
and the sick pit knowledge that the joey wasn’t there and
it could be anywhere.
Sighing down into insoluble thought
with the tinkle of the shells in his pocket
he dropped the back down on the tray of the ute
laid the rifle on his knees and sat down to wait
to do the only kind thing.