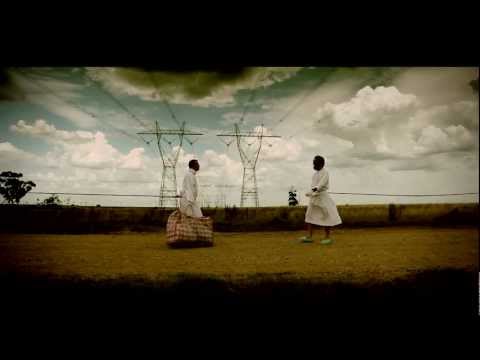 It’s not always about making a fist, sometimes it’s about opening your hand – Tom Waits

And with my open hand last night, I wandered along with a friend to Bella Union for the launch of the second album of Children of the Wave.

There are a bunch of links to longer, harder, better, stronger reviews of what CotW feel and sound like (by the folk at Cyclic Defrost, Muse in Music, Fluid Radio, and even our beloved RRR). This will save me from having to come up with some entirely unique description for their melodic, ambient, post-something, transcendent, trapeze swinging, field recording, aural leisure sound. I don’t actually know how to describe it, but I like it. I just took it out for a run this morning, and I’d certainly consider a bath and scotch to it, and might even give it a spin on my sexmixtape.

Interestingly, however, I didn’t come expecting to. Like it, that is.

Dan Flynn, my link in to CotW has a primary project as Major Chord and before that with Sleeping Pilot – both gorgeous folk pop alt-country heart warm music. Neither project sounds a damn thing like CotW, with its bat recordings, theremin crazy, wind sweeping soundscapes and rubbish bin percussion. So when Dan indicates he’s going to be in white robes for an hour long set of experimental sound world pop rock something noise play, I’m worried. What would Woody Guthrie think?

Because Children of the Wave is a side project.

Now, I’m not really equipped for a one is better than the other discussion about CotW or Major Chord, they’re entirely different styles of music. Dan’s other Child is Mark Rayner, a sound artist/experimental rock man from Front of Van – and even they describe themselves as odd bedfellows. This isn’t an act of comparison, more just contemplation.

Recently, at Analogue Digital, Joseph Allen Shea of gallery a.s./izrock was talking about side projects, and the relative investment and energy one could/should/would devote to that thing that is not paying the bills/on your business card/the job you tell your Nanna you do. Jo’s opinion was that he didn’t really care what paid the bills, if he was passionate about it, you got his 100%. Of course, some of Jo’s side projects are reasonably big, so who knows if the same applies to those of us juggling a small time art practice on the edges of a full time cubicle watching career.

Equally, I have had moments of sheer terror that if I somehow don’t commit to doing just one thing then I am Never Going to Achieve Anything Useful. I have had friends ask, “Eleanor, I just can’t keep up with what’s important to you, so I just ignore your facebook feed, I mean, is it bikes, or poetry, or the radio, or women’s rights?” To which I tried in vain to reply – “but it’s all important”.

It’s also kind of exhausting, and impractical. You can’t do everything well. I mean, you just can’t even fit it all in.

So if I want a life of time, of thoughtful creation, of good professional practice, of meaningful friendships, of loving relationships and slow cooked curries, then something’s gotta give.

But if there’s one thing that last night’s Children of the Wave gig reminded me, it’s that – although you can’t have a million side projects – there are sometimes projects that feel fresh and exciting precisely because the stakes are different. I don’t think I’m telling tales out of school to say that Dan isn’t as stressed before a Children gig as he is before one of his own as Major Chord. Performing work that is entirely your own can be a fraught nightmare, jeebus, if all your eggs are in one basket, what if no one likes your eggs? So when I see Children of the Wave, or when I listen to the two CDs, I feel both a joy and appreciation at the sound itself, the lush/textured/mildcrazed feeling to it, and a real appreciation of Dan’s solo work – because hearing the occasional riff that is “classic folk/Dan”, I actually feel like I remember that again and feel it anew. I’m keen to listen to the rest of my Children CD and to find that old Sleeping Pilot album that feel down the back of the CD box.

Experiencing things in this way, fresh, purposefully, with an open mind free from my previous conceptions of what’s meant to be occurring is a real pleasure for me. And in fact, trying to create work as if it was a “side project” but with all the commitment of “the main event” is where I really am trying to be. The stakes are high, but so what if I make a mistake? There’s no sense polishing the stone until there’s no stone left, is there? Constantly taking inventory on what in your life/your catalogue/your scrapbook/your playpen is worthy might actually prevent you for getting out and having a good old play, from making a mess, from being joyful and light with the innocence of making and creating, or closed to the value of making a purposeful mistake.

So – Dan, I love your side project. At the Local listeners can expect to hear some snippets in the coming weeks/months or whenever the sun is just coming out playful and light.