For the last few years, I’ve been a one-bike woman.

This wasn’t always the way. Years ago, before I even really liked “riding” I actually had several bikes. Mostly novelty rides: my Grandmother’s old steed, in lime green with a super cushioned sheep skin seat cover; some random Ricardo some backpacker left behind; a BMX whose ownder moved overseas; and a utility hybrid Giant that served several solid years as public transport substitute from my crappy hospitality jobs, shopping cart and even Laundromat conduit.

Then I got the Jana Wendt*. And I wasn’t in the slightest bit surly. I was just perfectly happy with one bike.

And, because I was so happy (and perhaps because I lived in Melbourne, where it’s basically flat as a tack and everything I did was in about a 5km radius of my house) the Surly did all that I needed it to do.

So a little while ago, I started asking the bike fairy for help. And the bike fairy provided. Then there was some random times, bikes to coming in and out willy nilly (well, not really, but there was some lovely, supportive enthusiasm from friends which sadly did not result in a perfect match made in that place called Bike Heaven).

There was the shortlived purple reign, which taught me that Prince is for life, not just for Christmas. And shared with me Bruce’s lovely recollections (where did I put that link again?) of the bikes past, present and hopefully of the future. 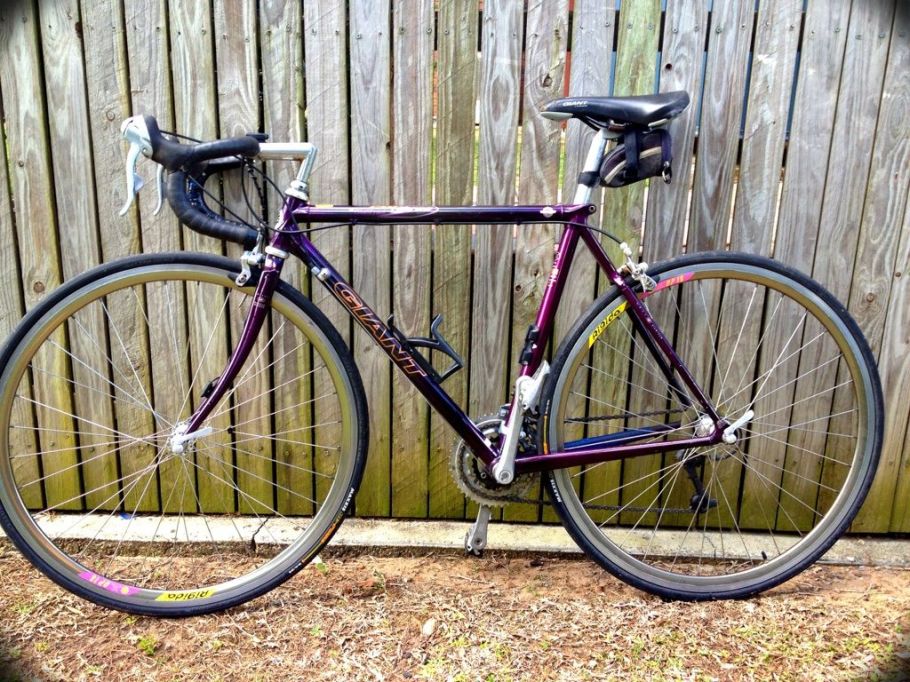 Then truly truly truly outrageous, Jem. Whose paintjob was fly. Sadly pretty can only get you so far in this business.

Neither of which were quite right, leaving me in the (not at all unhappy) same place I had always been – with my very kind single speed. The basic realization is that I am not that tall. Nor that long. Nor that stretchy and flexible.

The only one of my random rides this year that has really stayed the distance is JD’s beautiful Brompton, which continues to make me smile each time I borrow it. Last week, I treated it to a special afternoon at Customs House, then I had some serious bouncer time but eventually managed to get it into Fridays (why we wanted to be there in the first place was a bit awkward for me, but there was beer at the end of it all).

And I do so love the perfumed steamroller, there’s nothing wrong with it, barring the fact that it’s a bit big (which becomes a bigger fact if you want to ride it a. longer distances, b. up any sizeable hills) and it only has one gear (probably again only of relevance for a. and b.)

Basically, what I’ve sadly had to acknowledge is that – although my bike is very practical for some things, it is not practical for all things. You cannot move house in your MX5. No one enjoys an epic coastal ride in a tin can Barina as much as they do in a sporty coupe. Your vintage 403 is probably less fuel efficient than you’d like these days.

And so it goes.

*for if ever I was to name my bike, then to name it after the Perfumed Steamroller herself would have been the best honour I could have given it.

** by which I mean I may have also managed to keep the bling monster in my tenuous possession. Don’t tell anyone. As they say, though, you never really own a bike. It owns you.