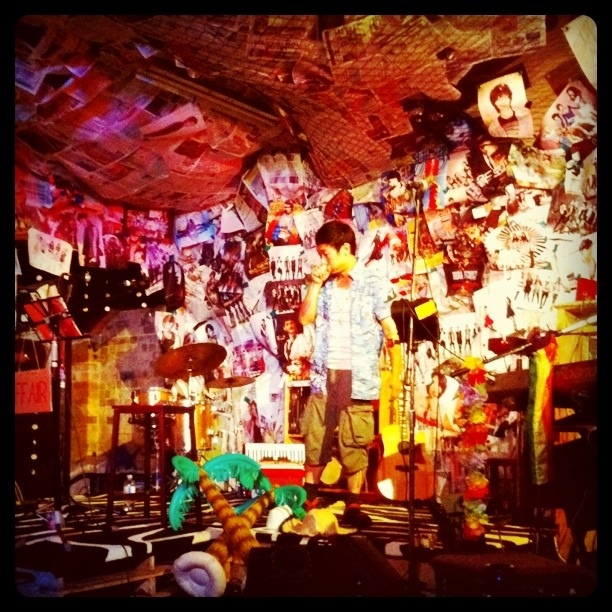 Sometimes it’s a great pleasure to see a closing night of a play. The actors are buzzed, there’s a sense of tested and tried and yet – unlike mid run, the performers are aware that they need hold nothing in reserve. It’s the end. You – lazy audience that you are – need only sit back and enjoy the fruits of their labours.

You get the best of them.

Other times, you feel a sense of chagrin that you haven’t come early enough in the run to encourage others to follow suit, because the play you just saw wasn’t just rollicking and enjoyable, it was equal parts kitschy and heartfelt, poignant and heartbreaking, beat boxing and whale song. You were tapping your feet, eating your popcorn, and feeling the love in a tale of coconut princesses, rafts gone wrong, winter to winter romances, underground acceptance and disco ball delight.

You’re not quite sure what happened or why, but you felt amazing.

I almost forgot that I was in Brisbane – Relishing the diverse audience: straight, queer, Korean, Australian, old and young, I felt heartened to be a part of an interesting community where such stories were told.

The world felt momentarily larger and coloured kaleidoscopic and beautiful.

Afterwards, I went to the bathroom.

The world felt momentarily smaller and darker and bleak.